The Centre National de la Recherche Scientifique – CNRS (National Centre for Scientific Research) is a government-funded research organization under the administrative authority of the French Ministry for Research. It is one of the most important research organizations in Europe, involved in all fields of knowledge generation. Interdisciplinary programs and actions offer a gateway into new domains of scientific research and enable the CNRS to address the needs of both society and the industry. The CNRS has over 1,100 research units, spread throughout France, that are either independent or in partnership with universities, other research organizations or with the industry.

HiSoMA (Histoire et Sources des Mondes Antiques, History and Sources of the Ancient Worlds), a Joint Research Unit between CNRS, Université Lyon 2, Université Lyon 3, Université de Saint-Etienne and ENS de Lyon, is responsible for the NETCHER project. HiSoMA unites about 80 tenured academics, postdocs, research support staff and administrators from one of its five founding institutions (CNRS), 90 doctoral students and about 40 associated researchers. Current research projects concern the ancient worlds, studied through specialist disciplines of Sciences of Antiquity (such as archaeology, history, literary studies, philology, epigraphy, numismatics, iconography) over a very long period which stretches from the ancient Pharaonic empire to the end of late Antiquity, and within the geographic context of the ancient Mediterranean civilizations.

The Université Lumière Lyon 2 is involved in NETCHER and plays a key role in the educational aspects of the project.

The French School at Athens (EfA) is the first foreign institute established in Greece. Founded in 1846, it is a center of advanced research in humanities whose core mandate is the study of Greece in its Balkan and Mediterranean contexts, from prehistoric time to the present. This mission encompasses the training of a new generation of academics, facilitating early-career researchers’ access to the field and the sources. It supports their integration within a high-level international environment. The EfA ensures NETCHER Scientific Coordination, acting at a governing level and playing a decisive role in high quality and excellence of the project outcomes.

The École Nationale Supérieure de la Police – ENSP (French National School for the Police) is under the authority of the General Director of the French police and, thus, under the authority of the Ministry of the Interior. The Academy is mainly in charge of the professional management and leadership training of senior police officers (12,000) and top police managers. It is also involved in international training cooperation (CEPOL/FRONTEX/INTERPOL), partnership-based training (for elected representatives, corporate heads of security …) and in police research and science. To ensure the excellence of its research missions, the ENSP has implemented a Research Centre.

Capital High Tech is an innovation management company for the engineering and the management of innovative and technological projects. In the past 12 years, the company has developed a very strong expertise in the field of platform governance structure & exploitation plan definition, events organisation and collaborative project management. With the ultimate aim to bridge the gap between the different actors of the cultural heritage preservation actors, we offer:

Founded in 1868, Università Ca’ Foscari di Venezia – UNIVE (Ca’ Foscari University of Venice) is a leading Italian public university in the field of the Humanities, Languages and Literature, Science, Economics and Management. With over 20,000 students and nearly 1,400 staff, UNIVE is organized into 8 Departments, 5 Interdepartmental Schools and 3 Schools, all committed to the education of the next generations of researchers, scientists and academics through collaboration across disciplines, advanced research projects and innovative study programs. Thanks to a strong internationalization policy, its courses (16 Bachelor Degrees, 30 Master’s Degrees, 12 PhD programs and 35 Professional Master courses) and wide portfolio of international programs, attract an ever-increasing number of talented foreign students. Ca’ Foscari has 30 Joint Degrees in collaboration with global major Universities.

Interarts (Fundació Interarts per a la cooperació cultural internacional) is a private agency with international projection that:

Interarts was founded in 1995. From its headquarters in Barcelona, INTERARTS carries out its international activity through and with an extensive network of partner organizations and professionals. We have offices in Lima, Peru and Pristina, Kosovo. INTERARTS operates in full and open competition systems. We design proposals that we submit to calls for proposals or tenders, by both public and private entities. INTERARTS does not receive operating support from either private or public funds. We are not-for-profit and define ourselves, equally, as a non-governmental organization and/or a civil society organization. 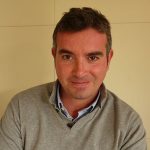 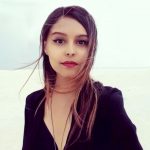 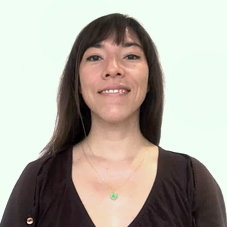 founded in 2007 and the only European trans-sectorial network for cultural heritage. Devoted to the valorization of European cultural heritage, MCA gathers members and experts from over 150 private and public cultural institutions – museums, libraries, archives and research centers, ministries of culture from 22 European countries and beyond, of which many represent cultural operators at national level. It aims at:

The Deutsches Archäologisches Institut (DAI) is a Research Institute of outstanding international status with a long-standing tradition that conducts manifold activities around the world. Originally founded in 1829 as Istituto di corrispondenza archeologica, the DAI is today a Federal Office within the responsibility of the German Foreign Office. It plays an important role as an instrument in the cultural, educational and foreign policy of the Foreign Office.

The DAI has some 350 employees in 20 offices, including the head office, the Eurasia and Orient departments in Berlin, three further sections in Germany (Bonn, Frankfurt and Munich), and a number of offices abroad (including Athens, Rome, Madrid, Lisbon, Istanbul, Cairo, Jerusalem, Amman, Teheran and Bejing. The offices in Baghdad, Damascus and Sanaa are closed at present). The core competences of the DAI are archaeological and culture historical research, as well as related fields including the natural sciences. Traditionally its main area of research is the Mediterranean and the Near East, but for several decades it has conducted projects worldwide.

David Wigg-Wolf
Senior Researcher, Römisch-Germanische Kommission
Deutsches Archäologisches Institut
Contact: Michaela Reinfeld – michaela.reinfeld@dainst.de
UA-143242298-1
We use cookies to ensure that we give you the best experience on our website. If you continue to use this site we will assume that you are happy with it.OkPrivacy policy