Summary of Summary of a workshop on January 24, 2020 at the University of Edinburgh (Michaela Reinfeld and Zsuzsanna Végh)

The looting and destruction of archaeological sites and museums has gained considerable public attention in recent years. Contrary to popular belief, the majority of looted artefacts are sold not on the dark web but on public websites like eBay, or via social media platforms such as Facebook, Instagram or WhatsApp. These platforms are also ideal for private collectors to display their collections and who often share their legal or illegal acquisition histories. The posts advertising/displaying antiquities are written in different languages, often using abbreviations, slang and unusual/incorrect object descriptions. Many exchanges appear only in closed groups and every year new platforms arise. These factors altogether make it extremely difficult to find and collect the relevant data.

On January 24, 2020 the workshop “Illicit Antiquities Trade on Social Media”, funded by the Edinburgh Centre for Data, Culture and Society, together with the Institute for Advanced Studies in the Humanities and the Edinburgh Futures Institute took place in the Digital Scholarship Centre of the Main Library of the University of Edinburgh to tackle these questions. The workshop was organized by Zsuzsanna Végh, currently a postdoctoral fellow at the University of Edinburgh. The aim of the workshop was to bring together archaeologists, criminologists and representatives of law enforcement, to discuss the social context of antiquity trafficking, the tools they use for finding and analysing data on trafficking effectively, and the various methods for keeping pace with the ever-changing platforms. The four sessions of the workshop dealt with the problem of illegal trafficking in antiquities in social networks, and the role of non-governmental and governmental organisations, such as research institutions and law enforcement agencies, in protecting cultural heritage.

The first speaker, Amr Al-Azm (Athar Project: http://atharproject.org/ http://atharproject.org/wp-content/uploads/2019/06/ATHAR-FB-Report-June-2019- final.pdf), reported on “The role of non-state actors in preserving cultural heritage in times of conflict: Syria a case study”. During the armed conflict in Syria, it is now up to the local population and NGOs to preserve Syria’s cultural heritage as part of their national identity and history. The sale of archaeological objects via WhatsApp and other social media reflects the natural communication channels of the population, which have to secure their subsistence opportunistically. Illicit trade focuses on small and moving objects, while large, unsaleable objects are often destroyed. Above all, the looting and trafficking of antiquities is a global problem that is steadily worsening, due to widespread abuse of technological innovations (internet, social media, etc.). In his lecture “Circulating Artefacts: A global platform against the looting and trafficking of pharaonic antiquities”, Marcel Marée (British Museum) discussed the need for greater involvement of all key parties in counteracting the illicit antiquities trade. Enabling this, the British Museum has launched the Circulating Artefacts (CircArt) platform (https://www.britishmuseum.org/our-work/departments/egyptand-sudan/circulating-artefacts). Sellers, collectors, archaeologists, heritage professionals, law enforcement agencies can here submit artefacts for expert advice on possible signs of illicit provenance. The data are gathered and analysed in a restricted semantic database, with sophisticated tools enabling the detection of suspicious patterns. Problematic artefacts elicit negative advice and are brought to the attention of the relevant authorities. The CircArt platform makes it easy for buyers and sellers to exercise a higher standard of due diligence, and to demonstrate that they are acting in good faith. The platform is also a much-needed point of contact for heritage professionals and law enforcement agencies seeking assistance in the identification and assessment of cultural artefacts. Donna Yates (Maastricht University) took a critical look at inaccessible databases and short-term projects in her lecture “Technology and countering the illicit antiquities trade in Europe: barriers and possibilities?”. A survey commissioned by the European Commission among law enforcement agencies and other institutions revealed that the biggest problems in combatting illegal trafficking in antiquities are not technological. Web crawlers, image recognition systems and databases are helpful tools for identifying stolen archaeological objects and in the fight against illegal trade. Nonetheless, the lack of capacity, that is personnel and long-term funding, as well as the low priority of the issue among the relevant authorities and in politics, are still the biggest hurdles.

The second session was dedicated to the criminal networks on the social media platform Facebook. Neil Brodie (University of Oxford) started with the lecture “Open-source investigations of Facebook: ethical and methodological issues”. His research on user behaviour on Facebook provided interesting insights into illegal trading networks, which could be traced from the source regions or conflict zones via the social networks to the organised Internet trade to the United States, Canada and Germany. Reasons for the rapid increase in crime via Facebook were outlined by Katie Paul (Athar Project) under the title “Identifying trafficking networks: documenting the vast illicit antiquities trade on Facebook”. Because of its role as a revolutionary tool, and especially in countries of the MENA region (Middle East and North Africa), Facebook experienced a rapid increase in user numbers during the “Arab Spring”. Facebook’s simple operation and algorithms, which link users with common interests, facilitate global trade, for example with stolen cultural heritage from Syria. Instructions for digging, searching for valuable objects, sale offers and even search ads are posted and distributed in the respective groups. Global networking and good organization are evidence of a high level of crime. How far these criminal activities can be traced to politics and business, and even to law enforcement agencies, Sam Hardy (The Norwegian Institute in Rome) explained in his paper “’This business has no party’: online social organization of looting and trafficking”. Numerous Facebook groups for detectorists and looters which have their origin in Turkey, provide instructions for looting and are available as a sales platform for archaeological objects. Certain criminal enterprises are protected, operated and/or supported by influential people in politics, law enforcement and/or business.

The third session discussed the options of the online market eBay for illicit trafficking. Damien Huffer (Museum of Ethnography, Stockholm) started with the lecture “Investigating the bone trade’s murky origins and unknown dimensions”. The illegal trade in human remains, ancient mummies, single bones and even modern bones is one of the most ethically reprehensible crimes of this kind. Traffickers are not afraid to defile graves and sell the bones of the recently deceased as ancient bones on social media. As soon as the traders are excluded from one platform (eBay, Facebook, Instagram), they switch to another. Mark Altaweel (University College London) presented a promising approach for the investigation of illegal trading networks and the monitoring of traders and objects under the title “Understanding eBay’s market for heritage using natural language processing”. With the help of Named Entity Recognition (NER), he managed to detect patterns in legal and illegal trading networks, but without being able to distinguish them, and to record the activities of individual sellers. In particular, those countries (Cyprus and Egypt) where the sale of antiquities is prohibited, dominate the market. Here it is very likely that the sales activities are illegal. In future, technological developments will allow the objects on the sales platforms to be automatically compared with the databases of scientists and law enforcement agencies. At the end of the session, Riccardo Giovanelli (Ca’ Foscari University of Venice) presented his research on “Roman antiquities on eBay US: does that provenance even matter to the market?”. Shortly after its founding (1995), art dealers discovered the online marketplace as a useful platform for selling fake and genuine objects. Within 10 years, the total value of antique objects put on sale through the United States’ eBay online platform increased from approximately 174,381.00 US dollarsin 2008 to 26,750,706.92 US dollars in 2020. The provenance of the 300 highest value objects in the category Roman antiquities is generally not declared or poor in quality, and statistically does not matter for price variation of objects.

In the last session, current research projects at Scottish universities and case studies from the Scottish law enforcement agencies were presented. Arkotong Longkumer (University of Edinburgh) reported on his attempt to preserve indigenous cultural heritage and related religious knowledge in the lecture “Virtual exhibition and indigenous knowledge”. During the British Raj, the “Gaidinliu notebooks” were confiscated by the British administrators and donated to the Pitt Rivers Museum in Oxford. These holy writings are now to be returned in digital, virtual, or other form to the Zeme Naga tribe of Assam in India. Emily Freeman (Treasure Trove Unit) and William Telford (Police Scotland) then reported on the “Scottish Heritage Crime Group: Scottish social media procedures”. The Treasure Trove Unit primarily offers awareness training on archaeological cultural heritage among the population and provides recommendations for action in case of a discovery. Due to a lack of resources and because it is not a priority, the Scottish Heritage Crime Group cannot actively monitor sales activities on the Internet or in social media networks. Nonetheless, special campaigns make the population aware of illicit trafficking in antiquities on the Internet. In the last lecture, Diana Berzina (University of Glasgow) spoke about “First hand finds: a snapshot analysis of metal objects on Russian language metal detecting forums”. On various relevant Internet forums, stories of treasure hunters are told, objects are identified and evaluated, and tips are given on how to avoid prosecution. Here, too, the ancient objects are usually of little value, but they are sold in countless quantities.

The stimulating final discussion emphasized the important role of archaeologists and cultural heritage experts as preservers of cultural heritage. Every possible effort should be made to document and explore our cultural heritage before it becomes a victim of looting, war and destruction. Cooperation with law enforcement agencies and other institutions outside the cultural heritage sector is particularly important. A general problem is the protection of the people involved, both scientists and civil servants and, more rarely, criminals and middlemen. 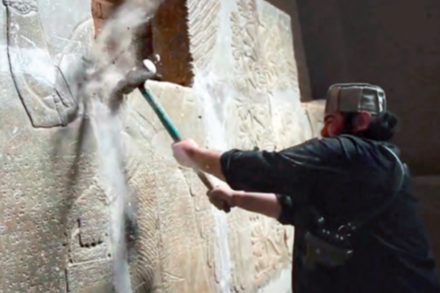 Illegal trafficking of cultural goods in countries in conflict 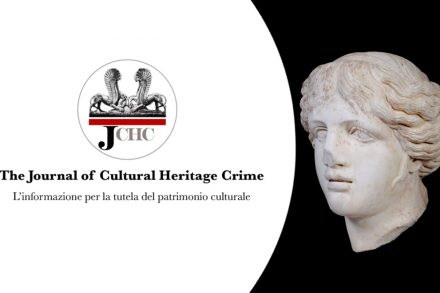 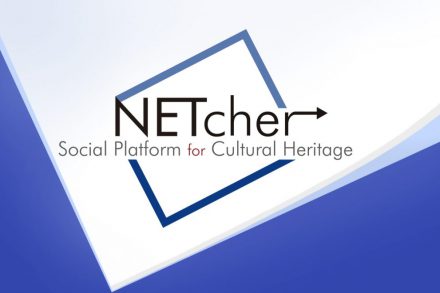 Published on 13 May, 20195 February, 2020
UA-143242298-1
We use cookies to ensure that we give you the best experience on our website. If you continue to use this site we will assume that you are happy with it.OkPrivacy policy