Ignasi Guardans (Barcelona 1964) completed a PhD in 1992 on the impact of foreign mandatory rules in international contracts. He later published his work as a book, including an entire chapter on international case law in cultural heritage illegally exported from one country and legally traded in another. After several years lecturing at the Universities of Navarre and Barcelona, he joined a law firm where he continued to work in this field.

In 1995, he moved into politics and was soon elected to the Catalan parliament (1995), followed by two full terms at the Spanish parliament (1996-2004), and later the European parliament (2004-2009). He was also an active member of the Parliamentary Assembly of the Council of Europe for eight years. Although Dr Guardans performed a number of duties during his time as a parliamentarian, he was always involved in legislation and policy related to culture and cultural heritage.

In 2009, he was appointed Director-General of the Spanish Film Agency, under the Ministry of Culture, where his role included responsibilities for Spain’s national film archive. Two years later he became the first Director of Public Affairs at the European Broadcasting Union (EBU-UER) and in 2012, he started working as an independent consultant, in part through CUMEDIAE-Culture & Media Agency Europe, the non-profit consultancy firm that he founded.

From 2019 to 2020, Dr Guardans advised the Albanian Ministry of Culture as a Senior Legal Expert on a project entitled ‘Building capacities of the Albanian public administration on free movements and fight against illicit trafficking of cultural goods’.

Dr Guardans is a member of several cultural, social and legal associations and has worked closely with European and international think tanks. His civilian awards include the Chevalier de l’Ordre des Arts et des Lettres from France and the Orden del Mérito Civil from Spain.

He is a longstanding and regular contributor to several Spanish television and radio shows and debates on political and cultural affairs. He also writes frequently in both printed and online media, and is influential on social networks.

1. What motivated your involvement in the areas of international law, specifically in the legislation and policy making in the field of culture and cultural heritage?

International law has always been a sort of vocation. I initially wanted to be a diplomat but my father talked me out of it without a previous legal background, so I ended up reading law, specialising in international law, international contracts and so on. In any event, the international dimension of my work has definitely been part of who I am. I come from a large family of collectors. My grandfather was a collector and later one of the largest donors ever to the Prado museum and I therefore grew up surrounded by art, partly at home and partly going to see the works that my family had bequeathed to the City of Barcelona, the Prado and other places. Naturally, as a lawyer, I eventually became interested in the practicalities of how this market works. For example, I remember that one painting my family had given to the City of Barcelona was stolen from an exhibition at the Ramblas. It took almost two years to be recovered, and I personally followed the case as much as the police would allow it. In strictly technical legal terms, conflict of laws (a situation where something may be absolutely legal in one country and completely illegal in another) is a fascinating area to dive deep into, both in the arts world and more broadly in other trade-related matters. That is why I decided to cover it in my research.

2. You are currently working/collaborating with the Ministry of Culture of Albania as Senior Legal Expert on the project ‘Building capacities of the Albanian public administrations on free movements and fight against illicit trafficking of cultural goods’.

a) Could you tell us more about it?
b) What are the major challenges you have had to face on this project?

a) The ‘Building capacities of the Albanian public administrations on free movements and fight against illicit trafficking of cultural goods’ project is supported by the European Union. It involves a small group of experts, and it aims to help the Albanian Ministry of Culture to implement its heritage law (Law 27/18 on Cultural Heritage and Museums), which is essentially (in some cases literally) based on Italian law and the Italian heritage code.

In the first phase of the project, we had the task of comparing the Albanian situation to other countries, and then advising the Albanian authorities on the matters we believe should be considered and addressed. We also had the honour of drafting and proposing a comprehensive regulation template for export and import licences, and for the trade in cultural goods in the country. Albania will not only impose a mandatory declaration of activity to art dealers, but it will also require a licence to open an art gallery or work as an art dealer. This of course is not the case in most countries.

The second part of the project includes capacity-building sessions; as you may imagine, this has been restructured and delayed due to Covid-19.

b) I think the biggest challenge for that project is to explain that regulation by law is neither the only nor always the best way to achieve good results. Some countries believe that the best control comes from the State, but sometimes (and in some matters), laws and sanctions have a role to play, but the it must be combined with education and social conscience. This is not always easy to explain.

The other big issue is about defining what is it that we are protecting; what should each country protect in terms of its heritage and goods subject to restrictions. The challenge is to understand that there should be different layers of protection, preventing authorities from managing all cases with the same level. This categorization is for each country to decide, of course. But I believe that if the strictest rule applies to all cultural goods, and they are all controlled and protected at the same level, there is the risk of not protecting anything well enough. It also makes international art trade or cultural exchange more difficult.

3. Why did you decide to accept our invitation to be part of the NETCHER community?

This is a fascinating topic and as a professional expert I believe I could have contributions to make. I am happy to join this network and to share my experience. I look forward to the opportunity to work together! 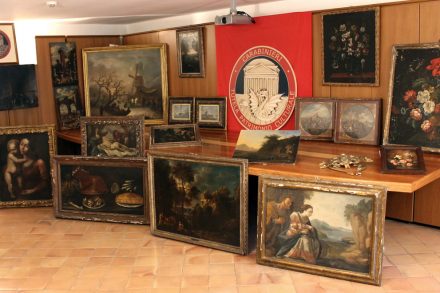 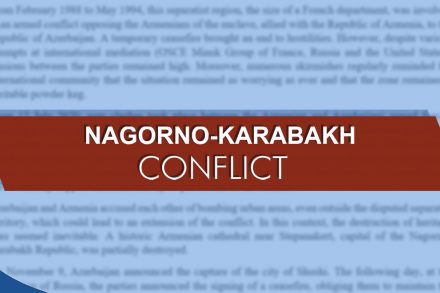 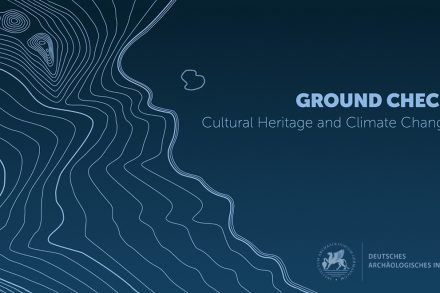 Published on 2 November, 20202 November, 2020
UA-143242298-1
We use cookies to ensure that we give you the best experience on our website. If you continue to use this site we will assume that you are happy with it.OkPrivacy policy