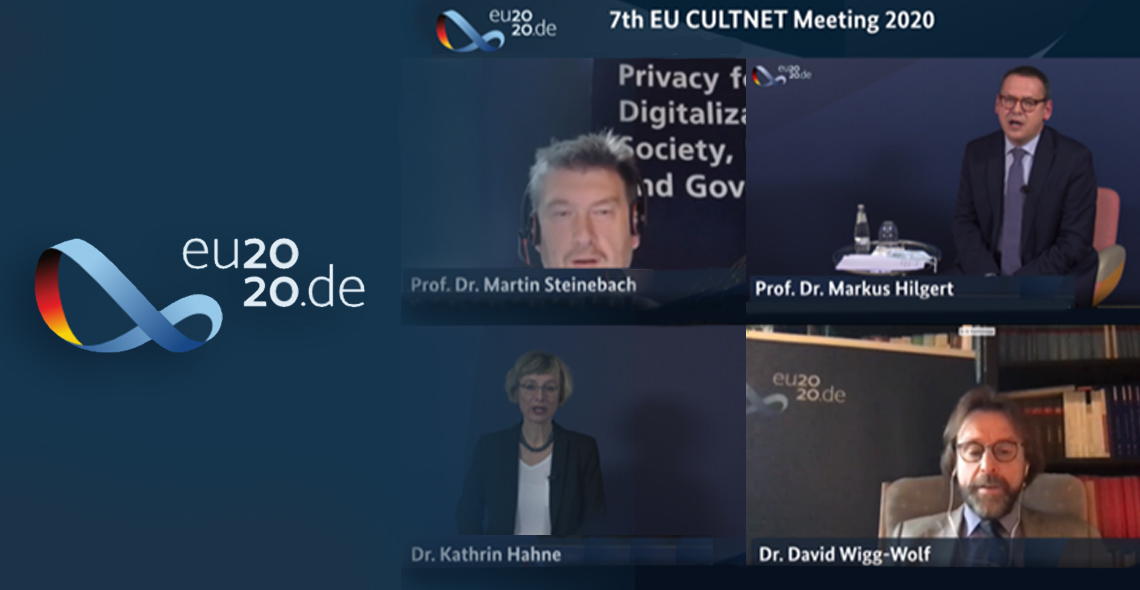 EU CULTNET aims to strengthen coordination between law enforcement agencies, cultural authorities and private organizations, e.g. antique dealers, auction houses, auction sites. In compliance with data protection rules, this is done through the identification and sharing of information on criminal networks suspected of being involved in the illicit trafficking of cultural property, in order to determine the links between these networks and other forms of (organized) crime and to identify the routes, destinations, modus operandi and types of criminal activities, in close cooperation with the international organizations involved, such as UNESCO, Interpol, Europol and Eurojust. The network’s members are actors from law enforcement, investigating authorities and experts in the field of cultural goods.

The first meeting of EU CULTNET, an informal network of police authorities and competent experts in the field of prevention of and fight against crime targeting cultural property, took place in Larnaka, Cyprus, on 30 May 2013.

As part of Germany’s Presidency of the EU Council and at the invitation of the German State Minister of Culture and Media (BKM), Prof. Monika Grütters, the European network of experts EU CULTNET held its 7th meeting from November 11th to 12th, 2020. Initially scheduled to take place in Berlin, the event took place online due to the Covid-19 pandemic. The conference was organized and hosted by the State Minister of Culture and Media (BKM) and consisted of two events, an online presentation workshop and a restricted online meeting. The Federal Criminal Police Office (BKA), the Cultural Foundation of the Federal States (KSL) and the Fraunhofer Institute for Secure Information Technology (SIT) supported the 7th EU CULTNET Meeting 2020.

The conference opened with a presentation workshop in which, inter alia, current measures and projects aimed at countering illegal trade in cultural property were presented.

The workshop began with a lecture by Prof. Dr. Markus Hilgert, General Secretary of the Cultural Foundation of the German Federal States (KSL), on the topic “ILLICID Dark Field Study on Illegal Trade of Cultural Goods from the Eastern Mediterranean Region”. During the ILLICID project, which ran from 2015 to 2018, facts and political recommendations on the trade in ancient cultural goods in Germany were formulated. These recommendations were based on a study on the sale of ancient cultural objects in Germany. In a period of 24 months, 386,500 ancient cultural objects offered for sale were observed on the basis of publicly available information. 3741 items of 6133 objects from the eastern Mediterranean were identified as relevant to the project. 2387 objects of the more than 6000 objects (38.9 %) had a probable origin in Iraq or Syria. Furthermore, only 128 objects of the 6133 objects (2.1 %) had verifiable information on their origin. For the first time, the fundamental study of the ILLICID project has presented clear figures for the illegal trade in cultural property in Germany. The fight against illicit trafficking therefore requires both the help of the law enforcement authorities and digital tools in conjunction with a network of experts.

The study is available as a free download: B. Hemeier – M. Hilgert, Transparency, Provenance and Consumer Protection. Facts and Policy Recommendations Concerning the Trade in Ancient Cultural Property in Germany (2020)

In particular to support the customs and law enforcement authorities who need quick information for the first assessment of possible ancient cultural objects, the idea of mobile application software was one of the recommendations for action of the ILLICID project. The Fraunhofer Institute for Secure Information Technology (SIT) is currently developing an app called KIKu-App that will use artificial intelligence to provide information on archaeological cultural goods, e.g. its country of origin as well as whether the object could originate from an illicit excavation. The German Minister for Culture and the Media (BKM) funds the project. Prof. Dr. Martin Steinebach, Manager of the Media Security and IT Forensics division at Fraunhofer SIT, informed about the latest progress and challenges in the development of the KIKu-App in his presentation “KIKu: Utilizing AI for the Protection of Cultural Property”.

Prof. Dr. Markus Hilgert presented a new network to be set up to combat illegal trafficking in cultural heritage during his presentation “Introducing the Competence Network for the Protection of Cultural Property in Germany (NEXUD)”. NEXUD aims to establish a national network of experts providing sustainable scholarly support to the federal and Land authorities in addressing the illicit trafficking in ancient cultural objects, and particularly in enforcing the Cultural Property Protection Act. The high number and diversity of ancient cultural objects, the insufficient information on provenance and the large number of forgeries make a high degree of expertise necessary to identify the objects in question. The NEXUD project is scheduled to begin in spring 2021 as a cooperation between KSL and BKM.

Finally, Dr. Kathrin Hahne, Deputy Director General within the State Minister of Culture and Media, gave an “Overview on Cultural Property Law in Germany and abroad – Presentation of the website http://www.kulturgutschutz-deutschland.de. On the website www.kulturgutschutz-deutschland.de, the State Minister of Culture and Media provides information on the legal safeguards applying to cultural property in (currently) over 100 countries – with special reference to those with a rich historical and archaeological heritage such as Iraq, Egypt or Mexico plus numerous popular holiday destination countries. This information offers better protection for art dealers and tourists against the risks of potentially buying cultural artefacts illegally and exporting them illegally from foreign countries. The website also provides access to the foreign-language databases of legislation maintained by the United Nations Educational, Scientific and Cultural Organization (UNESCO) and the United Nations Office on Drugs and Crime (UNODC). At the moment, important information on the Cultural Property law abroad is already available in English, and the website is constantly being expanded.

Following the presentational workshop, the members of EU CULTNET continued the meeting as a restricted online conference until November 12, 2020.

NETCHER had the honor to present the project, the advances and its results to the members of EU CULTNET at the online conference on November 12th.

Screenshot: The participants of the workshop “ILLICID Dark Field Study on Illegal Trade of Cultural Goods from the Eastern Mediterranean Region” (Screenshot by David Wigg-Wolf) 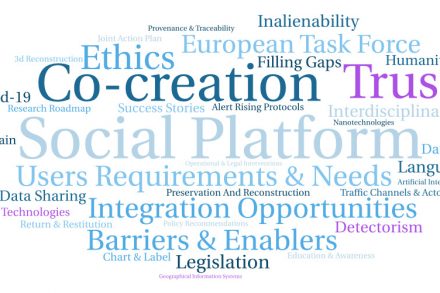 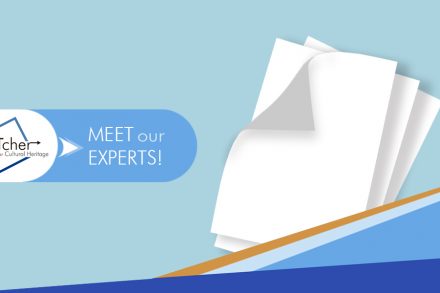 Published on 1 February, 20211 February, 2021
UA-143242298-1
We use cookies to ensure that we give you the best experience on our website. If you continue to use this site we will assume that you are happy with it.OkPrivacy policy